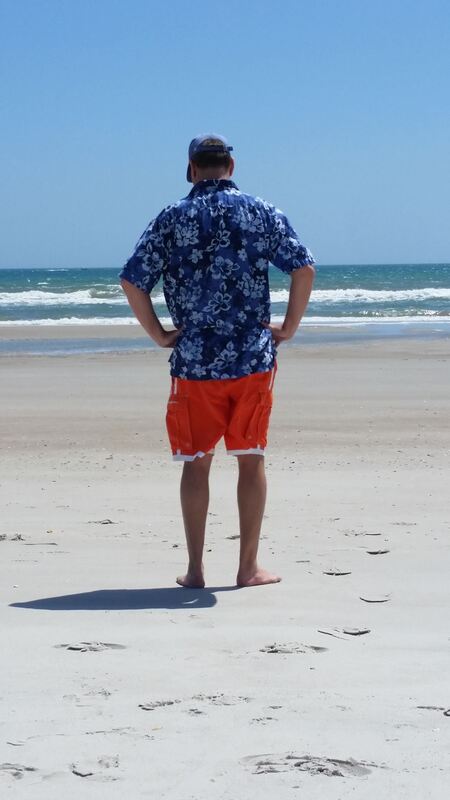 Q: What do you write?
A: Mostly sci-fi, horror, and suspense thrillers/mysteries. Anything where I can develop a meaningful character and put him or her through assorted challenges to showcase freedom of choice, and what effects those choices have on the character and those around them.

Q: How long have you been writing?
A: Wow, good question [laughing]. Several decades now, really. I did public relations work for a living for a really long time, which had a lot of writing in it. At the same time I did a lot of freelance news reporting, and was the editor of a couple of community newspapers in the 1990's. Along the way I wrote a bunch of short stories, got a couple published, even won an award for one of them. Then I started working on novels and short story anthologies of my own.

Q: Who are your influencers, writing-wise?
A: Well, I don't really try to emulate any one individual in terms of writing style. I will say I was influenced creatively by Dean Koontz, I really enjoy his mix of sci-fi and horror and development of intricate, interesting characters. When I was younger, I read all the Hardy Boys mysteries, and also got into Agatha Christie books as well. Watching the plots develop and then have a couple of twists always caught my interest. I also grew up watching a lot of John Carpenter films, he relies on simplicity in his shots, nothing is wasted, and everything moves the story forward. I try to keep that in mind when writing my stories.

Q: Where do you live? Where are you from?
A: I live on the mainland across from Topsail Island, just down the road from the Intracoastal Waterway. About halfway between Wilmington and Jacksonville, NC. I like to say I'm 5 minutes from kayak in the water and 15 minutes from toes in the sand. We moved here in 2017 from Apex, NC just outside Raleigh after our two adult sons left the nest for good. We'd lived in Apex since moving there in 2000 from beautiful yet cold Burlington, Vermont, where we'd been the previous seven years. My wife and I both grew up in upstate New York and met in college.

Q: Why North Carolina?
A: My wife Stacy was a lobbyist at the time we were planning our move from Vermont, and independent of one another we each made a top ten list of state capitals we'd like to move to. We matched on two: Baton Rouge, LA, and Raleigh, NC. We visited Raleigh, thought it was pretty cool, then drove to the Outer Banks where we camped for a few days in Manteo, the campground isn't there anymore. That visit is what sold us on the move, and everything fell into place.

Q: So did that lead to a love of the Outer Banks?
A: Yes, absolutely! We hung out at Coquina Beach, drove down Route 12, took the ferry over to Ocracoke, drove to the village, parked and walked around. No golf carts then as I recall. Once we moved to Apex, every summer we'd spend a week in the Outer Banks, first around Nags Head/South Nags Head, then eventually down in Avon. We've been all over the Outer Banks, up to Corolla and Duck, everywhere. About the second or third visit is when I came up with my idea for the suspense/thriller OBX, as well as my screenplay Ocracoke. I actually tried to turn Ocracoke into an independent film a couple years back, but it didn't work out.

Q: Why didn't it work out?
A: Well I was super smart and decided to try and make it during the COVID-19 outbreak [laughing]. My youngest son, an actor from NYC, moved down to NC to wait it out since New York filming was all on hold. He and I got involved in the indie movie scene in Wilmington, found a bunch of actors who were interested in working for free since nothing paid was filming, and we tried to make it work. Filmed some scenes on Ocracoke Island, actually, but then the pandemic got worse and all our plans were dashed. By the time things lifted, all our actors had moved on to paying gigs. I guess you could say COVID killed my movie. I'm going to turn it into a book though, and am trying to sell the screenplay so it's all good. Met some amazing people out on the island too, what a great community.

Q: What are you working on?
A: Right now I'm marketing OBX to bookstores and retailers, trying to build a following before I introduce the second and third books in the series. They all revolve around the lead character Michael Francis, an agent with the NC State Bureau of Investigation. She's a strong woman, finding her way. I was raised by my mom after she divorced my dad, so I'm a big fan of strong women overcoming challenges. Aside from that, I'm working on Ocracoke as I mentioned before, as well as a sequel to my short story anthology The Peril of Thought and a prequel to my book Shadows focusing on the antagonist Lucious Brown, he's a hyper-intelligent evil entity that exists partly in our world, but partly somewhere else. In Lucious, the interplay between the id, super-ego, and ego has broken down, with no filter between his instinctual desires and morality; he's basically a worst-case scenario of someone creating his own reality of right and wrong and forcing everyone to adhere to it. He's still in character development to a great degree, but it should be fun to see where that book leads. But I'm keeping my options open with that one and all my other stories, ask me three months from now I'll probably list off a whole bunch of new projects.